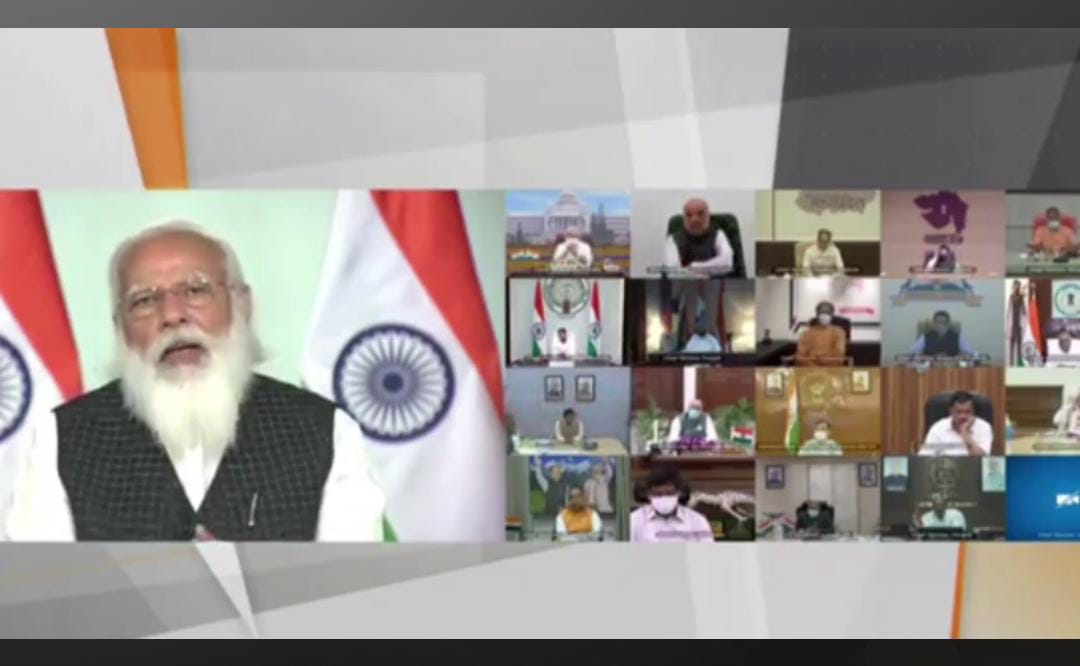 Conceding that India was in the grip of a serious public health crisis that had surpassed the first wave of the Covid-19 pandemic, Prime Minister Narendra Modi on Thursday urged state governments to test more even if that meant higher reporting of the infection. Armed with the experience of managing the first wave, better health infrastructure, and a locally manufactured vaccine, lockdowns should be avoided altogether, the PM told chief ministers at the virtual meet on Covid.

“In the last phase of the infection, we had to impose lockdowns because at that time, we did not have the infrastructure to control the infection: no PPE suits, not enough sanitizers, masks… we are no longer facing those shortages. So micro-containment zones should be the strategy,” he said.

Sounding a note of caution, the PM asked states to check the rise in cases on a war footing, while stressing that efforts must be strengthened in the next three to four weeks. “This time, people are becoming casual. The administration is fatigued and lax…we cannot afford this. Combating this wave needs to be done on a war footing,” he said.

The PM did not directly touch upon the complaint of several states that they were woefully short of vaccines. Instead, he urged young people to go out and spread the word about vaccination, especially among vulnerable groups. Announcing ‘teeka utsav’ (vaccination festival) from April 11 to 14, the PM also asked state governments to involve governors and all tiers of elected representatives in motivating people to follow Covid appropriate behaviour.

Referring to the first wave of Covid, he said that war was won when there was no vaccine. Calling vaccination a long-term exercise, he reiterated the importance of testing along with other Covid protocols such as mask and social distancing.

His comments on ‘teeka utsav’, which will start with Jyotirao Phule’s birthday and end with Babasaheb Ambedkar’s, caused Delhi Chief Minister Arvind Kejriwal (among the chief ministers to have a less than cordial relationship with the Lieutenant Governor) to chuckle and shake his head.

Maharashtra Chief Minister Uddhav Thackeray, who nearly failed to become an MLA in the mandated six-month period of the constitution of the new assembly because of the hurdles placed by Governor Bhagat Singh Koshyari, is unlikely to accept the PM’s suggestion.